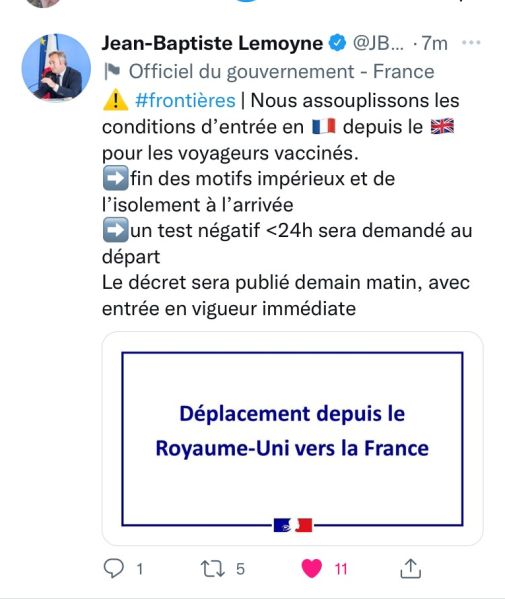 The French government has announced British tourists can return from Friday 14th January, ending the current border closure France initiated due to the omicron pandemic surge.

Brits will need to be fully vaccinated and to have a negative test prior to arrival.

The move had been strongly trailed by tour operators and French resorts over the past few days and hinted at by the French government on Wednesday.

French ski areas and British tour operators will be hoping that British skiers and boarders will have confidence to travel to France during the busy February school holidays period and back March and Easter trips later in the season.

The country is also host to the majority of big music festivals in March which plan to go ahead for the first time in three years this season.