A sunny day dawning above La Clusaz, France this morning...

The Snow Headlines - 16th January
- Snow forecast for the Alps this weekend.
- A second week of heavy snowfall in the US Pacific Northwest.
- Japan's season perks up slightly - but locals say it's the worst for at least 30 years.
- Nearly a metre of snowfall for some centres in Scandinavia this week.
- Some snow and cold weather for Scotland but 75mph winds too.
- Moderate snowfall in the Pyrenees.

It's been dry for a while in the Alps. That's not bad news for most skiers happy to ski freshly groomed runs in the sunshine as most of the continent's famous resorts remain fully open thanks to earlier snows. It's less good news for anyone after powder or for smaller, low lying resorts which didn't get much snow and where it has often been too warm for snow-making.

Europe wasn't all dry though; the Pyrenees got some snow last weekend and it has stayed snowy in much of Scandinavia. It's also colder again - with fresh snow on the hills - in Scotland.

And there's a bit of snow forecast across much of the Alps.

In the USA it is still dumping in the West, particularly on the Pacific Coast which had such a warm wet autumn. A second successive week of five-foot plus snowfalls means it's now home to the deepest snow-pack not only in North America but also the world. There have also been some good snowfalls further inland in the Rockies, and over on the East Coast.

Temperatures look set to take a bit of a dive this coming weekend. There should be a day or two of light to moderate snowfall across quite a wide area, before skies clear again for much of next week.

Some heavy snow for Italy, away from the Alps, this week...

EUROPEAN ALPS
Austria
It has been another dry and sunny week, most of the time on the ski slopes of Austria.

For most of the country's ski areas, it has been like this for three weeks now, but there does look to be a change in the air, if perhaps only a short-lived one, with 10-40cm accumulations currently forecast for the whole country between Saturday and Monday.

In the meantime, on-piste conditions at Austria's bigger resorts are generally very good, in some cases excellent. The Stubai glacier, for example, reports top to bottom skiing in the sunshine with all runs open, all-natural snow and the snow lying 3.3 metres deep up high. Low lying, smaller Austrian area are still suffering from too little snow down low but for most this is not an issue.

France
For French slopes too it has been another mostly sunny week, with generally good conditions and temperatures at or below freezing down to the valley floor for most of the time.

Here too almost everything is open, on-piste conditions are good, off-piste the avalanche danger is low but there's not much fresh powder to be found. The good news though is that - here too - snow is on the way with falls expected over a wide area from Friday, the heaviest for most on Saturday with totals of 10-30cm, currently forecast by Sunday.

Italy
It's a similar picture for Italy too – a mostly dry and sunny week currently underway, but with snow forecast at last over the weekend. Here the snowfall is a little more mixed in terms of how much and when with the first expected from Friday but longer-term forecasts currently showing the snowfall continuing in to next week in the Apennines down Italy's 'spine' but concluding sooner in the Alps and Dolomites. The numbers are similar to Austria, France and Switzerland though with somewhere between 10 and 40cm in total expected across the country's slopes along with a big temperature drop.

In the meantime though, here too most areas are fully open, the sun is shining, temperatures close to freezing so very pleasant on the pistes.

Switzerland
Switzerland too is in to it's fourth week of mostly sunny days, most slopes open, most resorts with a good snow depth above 1500 metres thanks to autumn snow levels not melting much as it has stayed cold.

Snowfall is expected from Friday to Sunday, similar 10-40cm accumulation expected. Last week's report could really be re-run this week, which is to say base depths have hardly changed (actually they've dropped slightly at Andermatt, which was briefly posting the deepest in both Europe and the world at the start of the year at over 4 metres but has now settled back to 3.9 metres up high). The snow is now nearing a month old and is much skied so this weekend's refresh will be warmly welcomed.

Scandinavia
Although there's snow on the way for much of mainland Europe, Scandinavia has again been the place to be (as it has been much of the past month) if you'd like to have seen fresh snow. There's been snow across the region but by far the heaviest in western Norway where up to a metre (over three feet) has fallen this week in some areas and base depths have gone above 1.2 metres (four feet) in resorts like Voss.

This snowfall is, by some way, the heaviest recorded this season so far.

Pyrenees
The Pyrenees enjoyed a break in the sunny conditions they, like the Alps, had enjoyed since Christmas with a front bringing 10-40cm of snowfall across the region at the start of last weekend. This brought a welcome refresh to slope coverage and indeed a little off piste powder skiing opportunity to resorts in the region, the first of 2020.

It has been back to sunshine since, with temperatures a little above freezing, but snow is supposed to start falling again from Friday/Saturday through the weekend with another 10-40cm forecast.

Scotland
It's definitely looking better this week than it has for the past month in Scotland with some extensive hill snow falling over the past 72 hours, particularly on the more westerly side of the country – the mountains have gone from brown to white again. The issue is that the snow has arrived on strong winds which can blow it off again, although the five Highland areas all have extensive snow fencing to try to avoid that happening.

More than half of Scottish resorts have been closed by the winds this week but currently it's hoped that calmer conditions will allow some terrain to be opened by Friday.

Eastern Europe
It remains a bit of a struggle for ski areas to operate in much of eastern Europe with little fresh snow falling after a warm autumn prevented many from building bases or indeed snow-making.

That said, there has been more fresh snow reported in the Tatra mountains (Slovakia and Czech republic) and in Bulgaria it has at least been around freezing on the slopes although more like +5 to +8C down in resort.

Bansko is in the best shape with 80cm of snow reported up top. It hosts World Cup ski racing next week and the FIS has declared itself happy with the conditions.

North America
Canada
Canada's Pacific coast has had a third week of pounding by heavy snow falls and there's more forecast here. As a result Whistler, which had been suffering from a warm, wet autumn now has almost all of its two dozen big, fast lifts operating and more than two thirds of its runs open too.

Inland there have been more big snowfalls along the Alberta/BC border region and Fernie has hit a 2.87 metre base, one of the deepest in the country. There's been snow too in the east where Quebec has also been having a very bad season, Mont Ste Anne has had more than 40cm of snow since the weekend – about as much as it had had all winter to date, but there has also been a return of the dreaded freezing rain at times.

USA
The start of 2020 has continued to be exceptionally snowy in Northwest North America with resorts in Idaho, Wyoming, Utah and Washington State posting more huge accumulations over the past seven days.

The biggest total changes daily but Mt Bachelor, with 198cm (over 6.5 feet) in the last seven days is certainly one of those up there.

Mount Baker, with over 90cm (three feet) of snowfall in the past 72 hours now has the world's deepest base at 412cm (nearly 14 feet). There's been snow too in California and Colorado as well as over on the East coast although here some areas have seen freezing rain again.

Until next week, thanks for reading...
The Admin Man 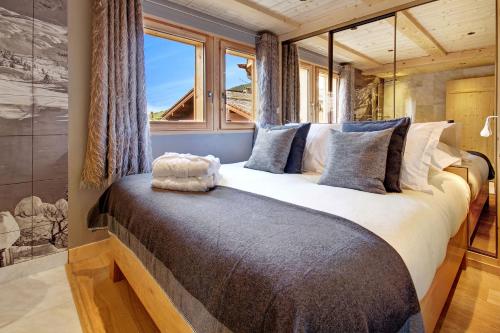