There's been new snow across much of the Northern Hemisphere this week...

This Week's Snow Headlines
- Up to a metre of fresh snow in the French Alps.
- Scottish ski areas re-open or open for first time this season after fresh snow.
- The Dolomites are dumped on at last.
- Heavy snow again in Western North America - Mammoth nears 8m upper slope base depth.
- Very snowy season in the Pyrenees continues with more big snowfalls.
- Three feet of snow for Alpe d'Huez, Verbier and Grindelwald.
- Jackson Hole gets 4.5 feet/135 cm of fresh snow in 7 days.

After a fairly dry end to January it has been decidedly snowy in the Alps, North America and even in Scotland where some centres are finally opening for the first time this winter after fresh snow, albeit with only limited terrain so far.

In Europe it's the Western Alps that have fared particularly well, with up to a metre of snow in some areas, but 40-60cm at most of them and there were similar tallies down in the Pyrenees, which are enjoying their snowiest winter for some years. The really good news though is significant snow in the Dolomites which had had very little this season until now. More snow is expected for the week ahead but it's currently expected to lessen in intensity.

Across the Atlantic there's been plenty of fresh snow in Western North America only again after a dry few weeks, with Canadian resorts in BC seeing their best snowfalls so far this year.

After the significant snows of the past week, the next few days will see mixed conditions and some scattered but generally light snow showers across The Alps.

Temperatures looks set to rise from their current levels and will be a few degrees above seasonal averages for much of the region going into next week.

There's not a huge amount of precipitation in the Alpine forecast at the moment, so the new and existing snow should hold up very well through the coming half-term weeks - and the milder temperatures (than January!) should give everyone except the gnarliest powderhounds some great skiing.

There does look like being some decent new snow in a few other European spots, however, with The Pyrenees particularly likely right now and The Dolomites also looking like they might get a refresh too.

If you're in the mountains, please show us the snow! Check Snow Reports from Ski Resorts for a quick and easy way to upload pictures, straight from your phone.

The Alps
Austria
It has stayed snowy in Austria this past week. Not exceptionally heavy snow but enough to keep pistes in excellent shape and to provide some off piste powder for the freeriders. Happy days. The biggest reported accumulations have added up to another foot (30cm) of snow at resorts like at Hintertux and the Kaunertal glaciers. One of the big winners this week was Bad Kleinkirchheim down in the south east which, like the Dolomites south of the border, had had almost no snow at all this winter so far. It got 25cm/10 inches tripling its base to 30cm/a foot. Most Austrian ski areas got 10-20cm of fresh snow too on top of fresh snow in recent weeks. Kaunertal also has the country's deepest base at 255cm but perhaps more importantly the recent snow means almost all Austrian resorts have at least a 30cm base down in resort and many as much as 60-90cm.

France
The French Alps have had their snowiest week of the season with up to 95cm (over three feet) of snow reported by resorts (Alpe d'Huez had that biggest figure), much of it falling over the weekend. Almost all ski areas in the country have had good snowfalls with somewhere between 30 and 60cm the norm for the total of the last five or six days. There were also big snowfalls once again down in the French Pyrenees where Cauterets reported yet another 40cm. After all the fresh snow the result is great conditions across the country, with even some rare (this winter) off piste freeriding terrain to enjoy, so long as you heed the avalanche warnings and safer routes advice.

Italy
It's been a good week on Italian ski slopes after the earthquakes, avalanches and in other areas snowless weeks of January. The Dolomites in particular have welcomed the snow, having had almost none this season until now, with 20-40cm across the region, Arabba and Cortina scoring the biggest numbers. Depths are still thin for February at less than 50cm but at least it is natural not just machine made snow. Areas further west reported up to 70cm of snow with big accumulations at Bormio and Livigno as well as Macugnaga and Bardonecchia. Base depths on the west of the country are now in the 1-2m bracket.

Switzerland
It's been a snowy week in Switzerland too with up to three feet (90cm) of snow reported (in Verbier and Grindelwald). Most areas have had 40-80cm of fresh snowfall so conditions are generally excellent across the country. Most swiss centres now have 20-50cm resort level snow and 1-2m on upper runs but Gstaad is way out ahead with 3.6m (12 feet) on the Diablerets glacier, the most reported by any ski area in Europe at present. More snow is expected in the coming week but at most Swiss resorts, not so much as this past week.

Scandinavia
A mostly dry week across Scandinavia with the biggest snowfall accumulation reported in Lillehammer with 10cm of new snow. Base depths remain OK across the region at, in most cases, 50-80cm. There's not much snow in the forecast either.

Pyrenees
The Pyrenees have seen some of the biggest snowfalls in Europe this winter and there's no sign of this trend stopping with more big falls in the past seven days. Ski areas in Andorra have mostly had another 50-75cm of new snow and on the Spanish side of the range 10-30cm. On the French side resorts have reported up to 80cm of fresh snow and bases across the mountains are at around the 2m mark with excellent conditions everywhere.

Eastern Europe
Conditions continue to look good in much of Eastern Europe with another 10-30cm of fresh snow at many areas and healthy base around the 1m-1.5m in Bulgaria for example. More snow is forecast here in the next few days too. The numbers in Slovenia and Romania are less impressive but still look 'OK'.

Scotland
Things are finally looking up on the mountains of Scotland with fresh snow falling over the past week and temperatures remaining low so it hasn't had chance to thaw. Nevis Range was the first to open snowy slopes having only previously been able to open its artificial surface slope so far this season. Glenshee opened for the first time yesterday (Wednesday 8th) with a 200m vertical and Glencoe re-opened with some lower mountain terrain open. Cairngorm says it is hoping to open some slopes today (Thursday 9th) and The Lecht says it almost has enough snow to open.

North America
Canada
A snowy week in Western Canada, in fact the snowiest this year so far. Whistler Blackcomb reported one of the biggest accumulations with 64cm of snow over 48 hours on the weekend and another storm is expected to deliver a further 33-46cm of snow by Friday night with a return to sunshine at the weekend. Further east in BC, Fernie, Panorama and Kimberley were among resorts posting powder alarms for 20cm or more of fresh snow in 24 hours. There was fresh snow in the East in Quebec too with 15-20cm of new snow reported at the leading resorts. So conditions are excellent across the country with fresh conditions on the groomed slopes, powder off.

USA
The big numbers have returned to US snowfall stats after an unusually quiet (for this season at least) previous week. Jackson Hole has posted the biggest snowfall total in the world for the past seven days at 135cm (4.5 feet) and has a 3m base, but that's dwarfed by the 5m+ to nearly 8m bases claimed by ski areas in California where it is dumping down once more. It has kept snowing in New England and East Coast USA too with 20-30cm, of fresh snow reported by many areas this week. So, in short, conditions are excellent pretty much everywhere across the country.
The Admin Man

Luxury Hotels and Apartments in Hintertux 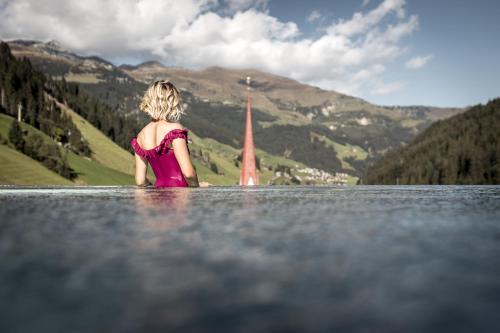 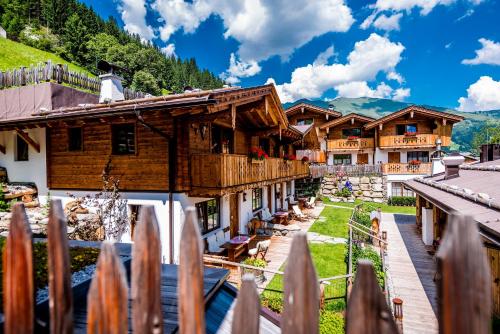 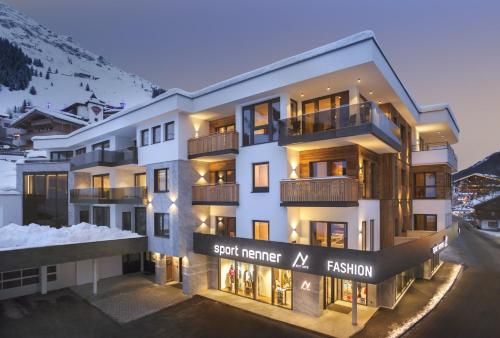 Snow is next forecast to fall in Austria over the next week, in at least 50 Ski Resorts including Flachau, Mayrhofen, Obergurgl-Hochgurgl, Obertauern and Saalbach Hinterglemm.