Italy's Alta Badia region, home to villages in the tour op brochures like Corvara – one of six in the region- has built a reputation as a Mecca for gourmet cuisine, generally at more affordable prices than you would expect, and both in the resort villages and up in the mountain restaurants.

This winter Michelin-starred British chef Hywel Jones is lending his support to the valley's 'Taste of Skiing' promotions in collaboration with the Piz Arlara hut in Corvara.

Alta Badia has a trio of Michelin stars of its own and runs promotions to celebrate food throughout the winter season and include a Taste for Skiing showcasing Michelin-star dining on quality South Tyrol produce at 11 traditional mountain huts, wine-ski safaris, cookery courses (local Ladin or gourmet cuisine), a weekly early morning excursion for Breakfast with Powder Snow, and the annual Chef's Cup Südtirol event which kicks off tomorrow (January 22-27) when a host of the world's leading chefs gather in the villages to swap ideas and compete at cooking and skiing. Visitors to the valley at this time benefit from wonderful food tastings and a party atmosphere.

Hywel Jones, who is the Michelin starred executive chef of the Lucknam Park Hotel near Bath, joins 10 distinguished chefs from Italy's South Tyrol (including Alta Badia's three local celebrities, the Dolomitci), Austria, Germany and Spain in sharing their expertise with 11 mountain hut partners to work with suckling pig in the recipe.

Hywel has worked with Piz Arlara in Corvara using roast diver scallops with local Speck PGI, cauliflower salad and an apple, honey and truffle vinaigrette. Each participating hut will name list their Michelin dish as 'A taste for skiing' on the menu for ease of recognition; a classic South Tyrolean wine will be recommended to accompany it.

The Taste for Skiing dish is available throughout the winter season and priced between €12 and €25 per dish.

The Alta Badia region was designated a UNESCO Natural World Heritage Site in 2009. It is part of the Dolomiti Superski area with 1200km of piste served by 510 lifts across 12 valleys, all covered by a single lift pass.

At its heart is the spectacular 26km Sella Ronda ski circuit linking four different valleys (including Alta Badia) with 500km of piste around the Sella Mountain. With most of the skiing above 2000m, and snow-making machines covering 90% of the pistes, snow conditions stay reliable from opening to the end of the season on April 15 2012. 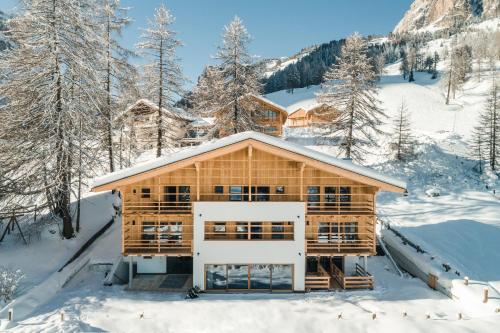 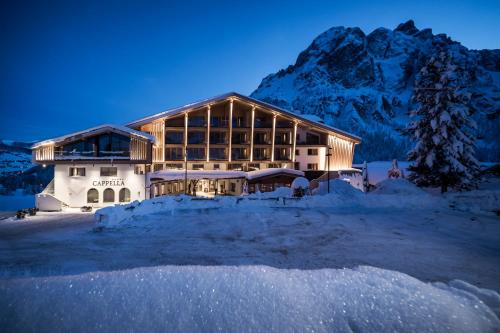 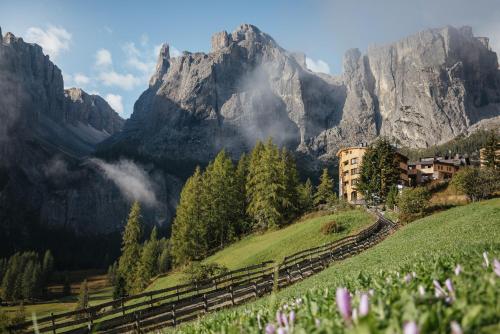 At least 1 Ski Resorts in Italy is reported to be open.